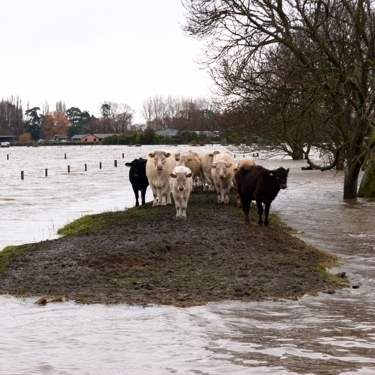 With the passage of the US$1200bn bipartisan infrastructure bill and with plans for a US$3500bn budget resolution bill hard on its heels, it is fair to conclude that the age of fiscal expansionism has arrived. The US fiscal conservatives have been driven out of the corridors of power and are, presumably, now heading for the hills as the forecast is for fiscal flooding. As a long-time advocate of fiscal activism – and infrastructure spending – one might imagine that Harvard professor Larry Summers would be singing in his bathtub. Instead, we find him picking knives out of his back on a near-daily basis, for daring to suggest (from February onwards) that the US$1900bn Covid-19 relief plan was at least three times larger than necessary and poses inflationary and financial stability risks. These sensible reservations do not absolve from criticism his relentless promotion of the secular stagnation thesis.

Larry Summers, it seems, never saw a cheap credit regime he didn’t like. He sees the virtue of cheap credit, where the real interest rate, R, is lower than the (estimated) potential rate of real output growth, G, as enabling the government to issue oodles of bills and bonds and spend the proceeds in a bid to lift the observed growth rate to its (estimated) potential rate (see the history of R-G in figure 1). The presumption is that the private sector – households, firms and financial institutions – wastes credit on reckless speculation and pointless activities while the public sector has a focused and principled agenda. For example, he regards the exuberant US growth in 2003-07 as based on “a manifestly unsustainable financial foundation; a foundation of a vast erosion of credit standards, a foundation of a once-a-century bubble in housing prices, a foundation of growth in household debt to support consumption at a rate that is clearly not sustainable”. Yet, in our empirical work, we found that private sector credit had three times the impact on global economic growth than that of public sector credit.

Larry Summers sits within a mainstream consensus that maintains that there has been an appreciable fall in the ‘equilibrium’ real interest rate over the past 25-30 years (see figure 2). In his 2015 exposition, he lists changes in the distribution of income and profits, (mainly Chinese) reserve accumulation, de-leveraging and an aging population as drivers of excess savings; technological progress and ‘demassification’ as responsible for reduced propensity to invest and other factors, such as increased demand for global “safe assets” as supplementary arguments.  This is not the place to critique the widely held – yet mistaken – view that falling interest rates are principally the result of structural forces, but rather to observe how convenient is this result for those in the fiscal activism camp.

The case for large-scale fiscal intervention rests on the efficacy of the implementation of the fiscal programme. It supposes that the Keynesian multiplier is greater than one, in other words that there is a net output gain attached to public spending. The evidence, such as it is, suggests that this condition is rarely satisfied in mature advanced economies: no-one disputes that there are sectors and regions for which the multiplier is above one, but government policies enacted at the national level tend to offset these favourable trade-offs with a greater weight of unfavourable ones. The basic point is that government has already remedied the most obvious market failures and is already providing the most obvious public goods.  A secondary point is that the public sector is burdened by compliance and regulation to a much greater degree than the private sector, making net output gains much harder to achieve.  The state’s cheap credit advantage is typically swallowed up by a multitude of inflated costs for labour, materials and regulatory compliance. Fiscal activism is much more about keeping political promises than delivering the promised results.