Peter Warburton is available for media appearances and comment. Examples of recent work include radio interviews and guest articles for magazines and newspapers. 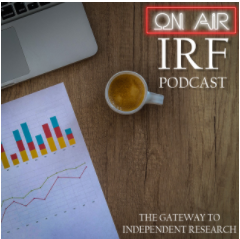 Listen to Peter Warburton's IRF Podcast - "IS THE GAME UP FOR THE UK ECONOMY?"

David Osman of the IRF Podcast is joined once again by acclaimed economist and author Peter Warburton of Economic Perspectives to discuss whether a bleak future is in store for the UK economy. Peter is pessimistic about the prospects of the UK economy in the next 3-4 years despite the UK’s relatively strong growth forecast for the year. Whilst Peter predicts a ‘spirited rebound’ in economic activity with the re-opening of the service sector in the second half of the year, Peter envisages this as merely an interval of growth which will last for only a brief amount of time. Peter believes part of the problem with the forecast for the UK economy is that not only has the UK suffered economically from lockdown but also from deglobalisation that has particularly affected London as a major financial centre. Peter has questions over how willing London office workers will be to return to office work and whether London can continue to attract tourism in the same way that it did pre-pandemic. Peter goes on to discusses how a pickup in consumer price inflation may affect the UK’s monetary policy and the strength of the Pound and gives an insight into what stock picks may carry investors through a potentially rocky economic environment.

Peter Warburton has worked as an applied economist since 1975 and has authored numerous books such as ‘Debt & Delusion’ and ‘The War of Independence: A Declaration’. Peter’s roles in the financial sector have taken him through stints at firms such as Lehman Brothers and Ruffer, alongside founding his UK-based consultancy Economic Perspectives in 1996. 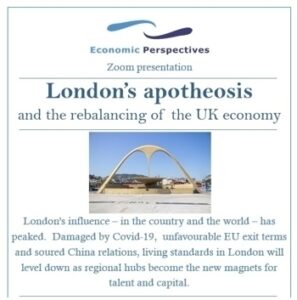 EP Webinar - If you would like more information and a copy of the recording from our recently held webinar, please contact us at info@economicperspectives.co.uk 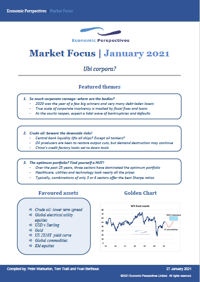 Fiscal authorities around the world are waiting for their cue: that happy moment when the domestic economy has burst into life after the dark winter of lockdown recedes. These tax fiends, box-tickers and penny-pinchers are poised to recoup their lost revenues and zip up their purses just as an unsuspecting public breathes a sign of relief (albeit through a face mask). For the exchequer realises that there will be no second chances, no second bites of this particular cherry. Such is the potential cascade of insolvency that the tax authorities must be quick to present their claims. And the welfare departments envisage only a slender window of political opportunity in which to suspend emergency payments before the howls of protest reach their crescendo. For now, patience is the watchword, and everyone sleeps soundly in their bed, while the henchmen bide their time.