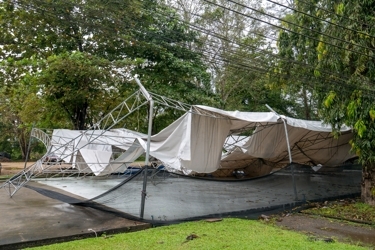 In the face of mass defections to the inflationary camp, two (private sector) names stand in resolute defiance: David Rosenberg and Lacy Hunt. While these gentlemen have overlapping views, their approaches are distinct and worthy of separate discussions. This blog will address the ‘Hoisington hypothesis’, the mechanistic analytical framework expounded by Lacy Hunt. Over the past 30 years or so, Lacy Hunt has surfed the towering wave of decelerating nominal GDP growth with confidence and aplomb, earning the gratitude of the many fixed income investors who stuck with him.  However, Hunt, undeterred by the unfolding dramas in the bond market in 2021, seems oblivious to the shifting political, economic and institutional foundations on which his framework rests. The trend is your friend … until it bends.

Prompted repeatedly by asset managers to respond to the Hoisington hypothesis in the face of pandemic-related deflation last spring, I wrote a single page riposte for limited circulation, reproduced below. I argued that fiscal policy is becoming dominant and the Fed’s mandate is irrelevant; that the Fed is validating (dodgy) private sector collateral as money; that stagnant output growth and rising inflation can co-exist; that the output gap caricature of the inflation process is obsolete; that real interest rates matter more than nominal rates; and the path of money velocity in a pandemic is indeterminate.

One year on, core inflation has replaced core deflation, but Hunt is adamant that inflation is transient and that the disinflationary trend will reassert.  He presents four arguments in support of his position. First, he asserts that inflation is always a lagging indicator: until labour and capital resources are fully utilised then inflation is impossible. Second, productivity tends to rebound in recoveries, lowering unit costs. Third, supply chain bottlenecks will be resolved, and this source of inflationary shock will evaporate. Fourth, the inexorable march of technological progress will displace labour and lower costs.

Briefly, here are the counter arguments. To treat the plunge in economic activity and employment in the first half of 2020 as a bad recession is a grave misrepresentation: it was akin to a heart attack.  Local, national, and international supply networks have suffered severe and, in some cases, irreparable damage. Lockdowns lasted long enough for firms to liquidate their inventories, causing massive ordering delays on resumption. The inflationary dynamics of 2020-22 are sui generis: there is no clear precedent in modern times to illuminate our understanding. Similarly, the typical profile of productivity (down in the recession year, rebounding in the recovery year) is also an unreliable guide. The US, and other countries that did not include furloughed workers in employment, reported a bounce in productivity in 2020, likely to be offset by a dip in 2021 as they return.  Thus, the pressure on labour costs is rising now, not falling, abetted by the relaxation of public sector spending and borrowing constraints. Starkly, the public sector has mandated inflation by its actions and the central bank lacks the confidence or the conviction to mount a challenge.

The supply chains that are being repaired and re-imagined embody more contingency and cost than before the pandemic struck. Structural change, ESG investing and greater concentrations of market power are among the forces that obstruct a return to lean and mean cost structures. Countries are under pressure from their electorates to ban the export of strategic pharmaceuticals and commodities, creating a more challenging global pricing climate. As regards technological advancement, much of the alleged disinflationary pressure has emanated from the extraordinary access of unproven and unprofitable firms to cheap borrowing.  Once credit conditions normalise, disinflationary pressures will weaken.

In summary, Lacy Hunt builds his framework around broad, familiar narratives that appear uncontroversial and persuasive. The points at issue are how far the fabric of the economic and financial system has been stretched away from Hunt’s tentpoles and how far the encroaching power of government has tilted the balance of risk and reward away from capitalism and meritocracy towards socialism and cronyism. For Hunt, “inflation is the key determinant for the level and direction of long-term treasury yields.” Rather, nominal GDP growth (figure 1) is the key determinant: if the government lifts nominal growth through the force of its own spending, that will be sufficient to carry yields higher.  Based on the current US 10-year Treasury yield of 1.74% and the expected US nominal growth rate of 8.9% in 2021, ‘fair’ value for the US 10Y value stands at 3.5% according to our model.

Appendix: a critique of the Hoisington hypothesis (5 May 2020)

1 Political economy: Hunt asserts that the Fed is still independent and in charge. That unless the Federal Reserve Act was repealed then MMT is impossible. I argue that de facto we are in the process of blowing up the policy box, leaving the FR Act as an irrelevance and the Fed as the servant of the Treasury/Administration. Political expediency has swept the niceties aside.

2 Credit and collateral: Hunt is still wedded to the obsolete constructs of the quantity theory of money and the money multiplier, but the financial system has evolved from a funded (deposits) to a financed (repo/collateral) basis. Collateral is money. The Fed has learned the lesson of 2008 that private sector collateral cannot be allowed to fail. In its interventions in the corporate credit market, the Fed is acting to prevent an implosion of private sector financial balance sheets. Banks are supporting the Fed by extending new credit to its existing customers and expanding balance sheets. The Fed and other CBs are engineering a massive liquidity expansion which will express itself as inflation of all items in limited supply. Financial assets, which are in infinite supply, will suffer deflation. Hunt’s definition of money is far too narrow. The Fed is validating private sector collateral as money.

3 Hyperinflation is Hunt’s “straw man”: by constructing his argument as deflation vs hyperinflation, he neatly sidesteps the alternative thesis of stagflation. Hyperinflation is easy enough to knock down as an imminent threat, but stagflation is not. It is possible to share Hunt’s concerns regarding the outlook for real growth while coupling these with an intermediate inflation outlook. In Hunt’s framework, the outlooks for growth and inflation seem always to coincide, but we know empirically that this happens only half the time. Hunt denies that there is scope for fiscal and monetary policy, in combination, to produce a nominal GDP acceleration, irrespective of the real growth outlook.

4 Supply side dynamics: Hunt keeps alluding to a domestic US production function and an output gap framework. This is a discredited model of the supply side of the modern global economy. The world is not a giant factory, but a complex network of supply chains. Inflationary processes can build in emerging nations and transmit via supply chains to advanced economies. Inflation is a global phenomenon, not a national phenomenon. (The US is an inflation-taker as well as an inflation-maker.)

5 Saving and investment: Hunt alleges that, because the budget deficit is expanding rapidly and that net national saving is falling, net investment must decline and the real growth outlook must worsen. That tells us little or nothing about the nominal environment. If real interest rates are negative, then saving is unrewarding, but nominal consumer spending could be soaring!

6 Income velocity: V is proportional to nominal interest rates (opportunity cost of money). It is quite conceivable that nominal rates are rising while real rates are negative. Thus, the path of V is indeterminate.