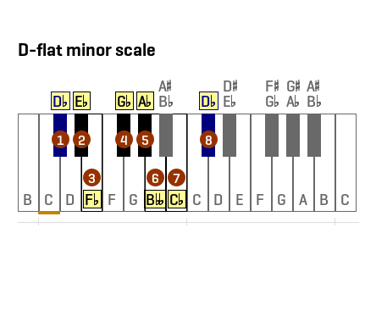 David Rosenberg, eponymous chief of Rosenberg Research, finds the whole idea of an inflationary resurgence ridiculous. In his May slidepack, “No new eras”, he provides a staunch defence of his deflationary stance. Mirroring Bach’s six Brandenburg concertos, there are six Rosenberg concertos, each set in D-flat minor, a most impractical key. Moving from “too much labour slack” to the dramatic “killed by productivity”, the composer bemoans “we’re still getting older” and “saddled with debt”, ending with the rallying cries, “global savings glut” and “globalisation lives!”.  Some of the tunes are very familiar, but close listening reveals some jarring transitions and shaky movements.

As I warned in “Perscrutating the Hoisington hypothesis”, there are some significant overlaps between the positions adopted by Lacy Hunt and David Rosenberg, hence some repetition is unavoidable.

“Dial me up when the U-6 unemployment rate, the broadest measure, falls to 8 per cent, from 9.7 per cent in May”. There are two avenues of response: first, the data has been incredibly volatile and the descent from 12 per cent in January has been rapid. The journey from 9.7 per cent to 8 per cent may take only 3 months. Second, the labour market is suffering from a striking loss of matching efficiency, as shown by the Beveridge curve (figure 1), courtesy of Brian Pellegrini. Upwards of 3 million workers seem to have vanished since the start of 2020. The armies of young adults prepared to work long hours for the minimum legal hourly wage have depleted significantly and campaigns for a living wage have taken hold. Historical benchmarks for U-6 are unlikely to offer a reliable guide to labour market tightness.

Rosenberg argues that businesses have pressed ahead with IT spending despite the pandemic and this bodes well for future productivity gains, which act as a brake on unit labour costs. While, in a typical economic recovery, productivity rises and unit labour costs are contained, this is no typical recovery. The US, and other countries that did not include furloughed workers in employment, reported a bounce in productivity in 2020, likely to be offset by a dip in 2021 as they return.  Thus, the pressure on labour costs is rising now, not falling, intensified by the relaxation of public sector spending and borrowing constraints.

3    We’re still getting older (despite Covid)

“Once you hit 65, your spending goes down by 30 per cent, which has an ongoing dampening effect on aggregate demand.” The flaw in this argument is to suppose that only private expenditures on consumer goods matter for inflation.  This is plainly false: seniors’ spending on private healthcare, travel and leisure services typically rises in compensation for reduced expenditures on durables and housing, fuelling faster inflation for these items. Also, public sector expenditures on health and social care ratchet higher in the older age groups. Cross-country analysis carried out by the Bank for International Settlements confirms the Goodhart-Pradhan result that aging populations have an inflationary bias, other than for the very oldest cohort, the over-80s. The popular misconception about the impact of demographic trends on inflation derives from a failure to isolate conventional monetary trends from age-structure effects.

“Demand for bank credit is imploding, the banks are making their money on capital markets, trading and wealth management – their loan books are contracting, and it is the household sector that remains in full-scale deleveraging mode.” The critical observation here is that, since the pandemic struck, the state has assumed primary responsibility for credit creation. It is the state that has mandated higher inflation through monetised credit creation, largely by-passing the private banking system. It is the Federal Reserve that has pseudo-insured corporate credit through its threatened purchases of primary and secondary debt and paved the way for a massive refinancing cycle since the March 2020 debacle.

“We are still stuck in a savings glut: expect the post-pandemic personal savings rate to level out above the pre-Covid level of 7 per cent.” I have long marvelled at the ability of mainstream economists to reconcile debt worries with the assertion of a global savings glut. Today’s ultra-low interest rates are the consequence of unbridled leverage, coupled with central bank-endorsed moral hazard. As central banks have caved into the argument that a leveraged economic and financial system could not bear increased interest rates, then rates have been pinned to the zero bound. It is not an abundance of savings that has brought us here, but an abundance of debt and fearful policymakers. If the personal sector savings rate rises, it is merely a recognition that a higher tax burden is heading their way.

“The global economy is more inter-connected than ever.”  This proposition is untenable in my view. 2008 seems to be the high-water mark for international trade openness (figure 2) and Covid-19 has merely given de-globalisation greater momentum.  The growth of global value chains—the spread of supply networks across countries—has flattened. The reform agenda has stalled around the world. Under President Xi Jinping, China began to turn inward with policies to promote the indigenous development of leading industries. While China remains an export powerhouse, exports as a share of its GDP have fallen from 31% in 2008 to just 17% in 2019, according to Nicholas Lardy. As Douglas Irwin notes in a May 2020 VOX.EU post, “The pandemic has reinforced concerns around the world that supply chains have gone too far. Export bans have been imposed over concerns about inadequate domestic production of medical equipment, personal protective equipment, and pharmaceuticals. Such policies will exacerbate shortages, the opposite of their intended effect. (In the food crisis in 2012, export bans drove up world prices and made short-term shortages even worse.) Protectionism is proving to be no substitute for stockpiling and preparedness, which have been inadequate in recent years.”

David Rosenberg has a well-earned reputation for analysis and presentation. However, his dazzling and entertaining slidepacks are marred by flaws, inconsistencies, and misconceptions. Stick to JSB’s concertos.